A wonderful piece of furniture

The absolute masterpiece of Pietro Piffetti

Signed and dated, as the writing at the centre of the limelight declaimes “Petrus Piffetti Inve./ fecit et sculpsit/ Taurini 1738”, the extraordinary doppio corpo is believed to be the “most beautiful furniture of the world” by the international critics.

It is a magnificent exploding of mixtilinears shapes, with huge slabs ad enriched with ivory and tortoiseshell marquetry: they show scenes that have been largely translated by famous 16th and 17th centuries etchings.
It concerns a majestic work characterized by multiple and complex iconographical sources and commissioned for a wedding. That was an event recalled not only by the phrase “PERPETVVM NODIS“, but also by numerous symbols, including the Cupid with bow and arrows and other important scenes, such as, probably, the wedding between Alexander and Roxane occurred in front of the Apollo Citharede statue.

In all the furniture, the male-feminine/sun-moon principle comes to light: within the central doors, a poetic decoration with a moon on a light blue background is hidden, as to recall a conjugal secret for us. In the piece the presence of Apollo and Diana is constant and they’re both depicted in hunting uniform or environment. The central scene with a sleeping Diana next to a Nymph and her dogs is wonderful, a sort of collage of images taken from the magnificent series of etchings that Cornelis Bloemaert and Giovanni Jacopo de Rubeis forged, taken from the frescos made by Piero da Cortona for the Venus and Iupiter rooms in Palazzo Pitti. 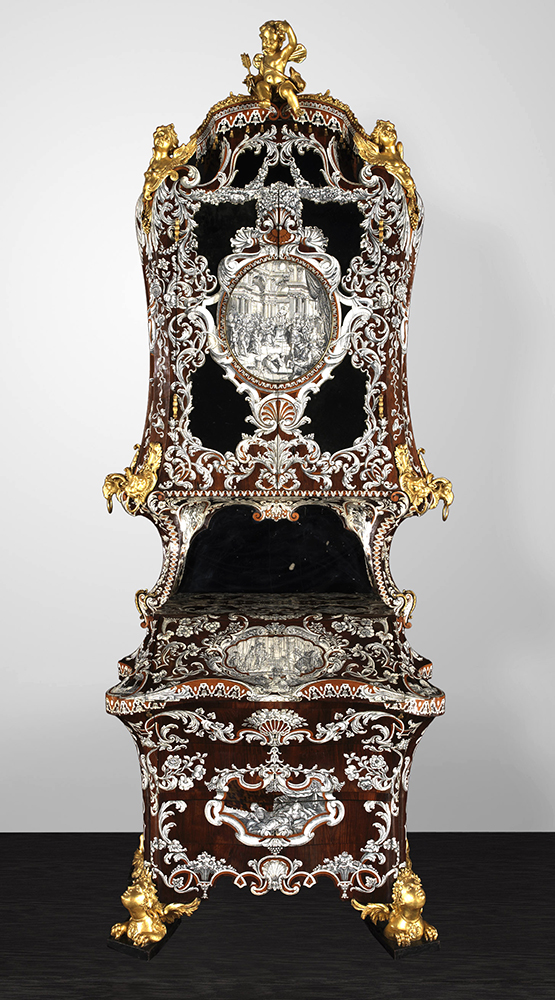 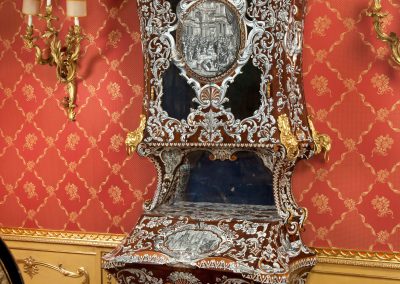 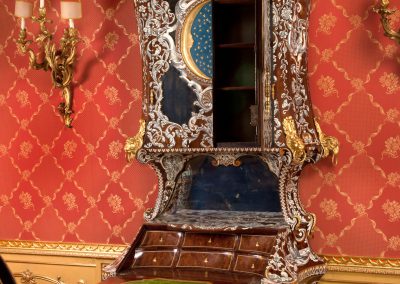 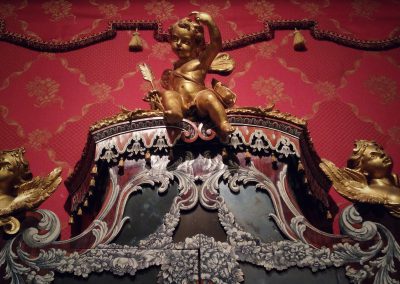 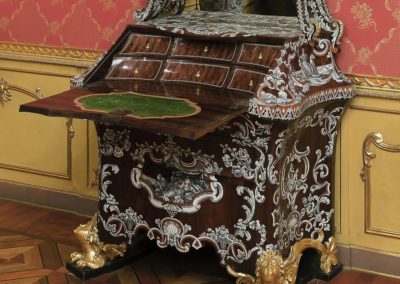 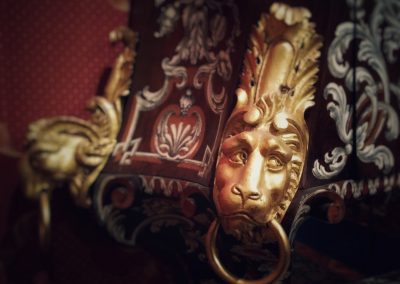 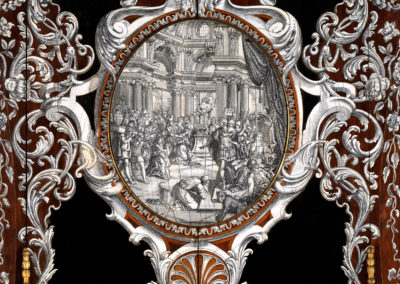 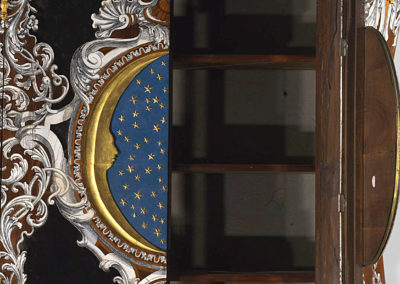 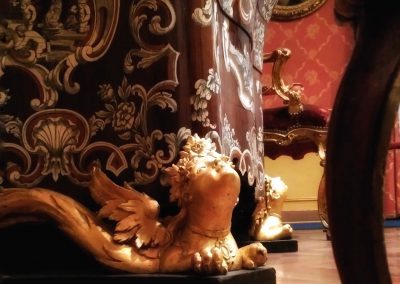 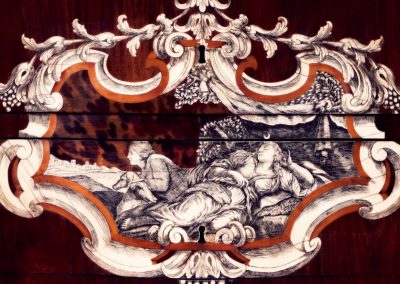 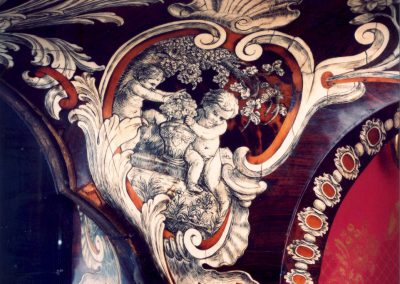 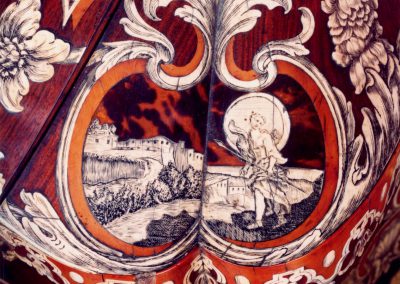