VITTORIO CORCOS. Adventures of the gaze

Vittorio Corcos (1859-1933) was born into a Jewish family in Leghorn. From a young age, however, he studied in Florence, in the Academy of Fine Arts, and subsequently in the Academy in Naples, where he went to study under Domenico Morelli, a firm believer in the concept of truth. In 1880 he began a long stay in Paris, frequenting the lively salon of Giuseppe De Nittis, collector of “the Italians of Paris”. He also entered into the circle of the art dealer Goupil, who facilitated the painter’s early international success, based largely on his impressive talent as a portraitist. In 1886 Corcos returned to Leghorn where he married Emma Rotigliano, the eventual “nameless, gentle” correspondent of Giovanni Pascoli. He moved to Florence the next year and was baptized in the church of San Giovanni on 9 December 1887. Thereafter, the salon in the Corcos’ home became a coveted destination for writers and artists, a modern, polyglot cultural milieu reflected in the artist’s work.
Although Corcos created illustrations for books and magazines at this time, his most important works were portraits of the protagonists of the end-of-the-century society, including Carducci, Mascagni and Lega, and of elegant and famous aristocratic women depicted in their splendid homes, such as Lina Cavalieri and Maria Josè. He also produced rustic and popular subjects, attesting to his willingness to embrace the poetics of naturalism and genre painting, which was much in demand at the time. His fame, however, remains tied to his female figures, referred to as “creatures with something ghostly and flower-like about them”. The most compelling representation of these creatures is the introverted, “Medusa-like” young woman in Corcos’ painting Dreams.
This exhibition aims to adopt that felicitous definition, creating – through a careful selection of works – a setting that allows viewers to fully appreciate the paintings, which can best be admired, however, with a book of poetry or novel at hand – end-of-the-century novels that feature magnificent beauties, young women proud of their intellectual non-conformity, their hearts closed like perfidious flowers or perhaps, on the contrary, open to sensual pleasure. Thus, exploring the uneasy spirits of aristocratic and upper middle-class women in their domestic world, the exhibition recounts the “chapters” of an adventure of the gaze that Corcos translated into paintings – at times intimate, at others focused on the countless details of splendour. In the end, Corcos succeeds in evoking the fragrant atmosphere of the time with an almost palpable precision. 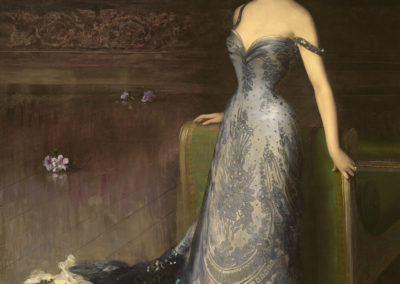 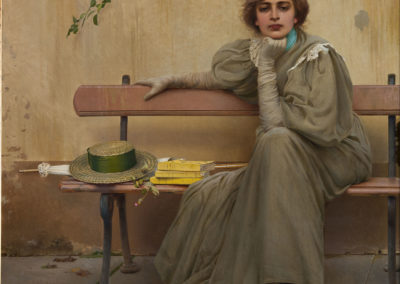 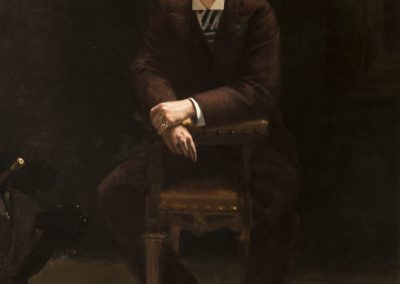 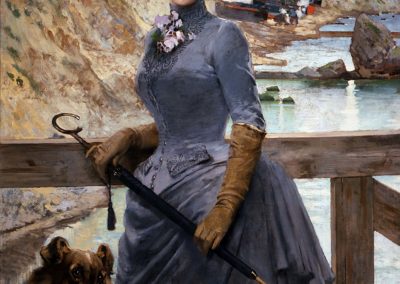 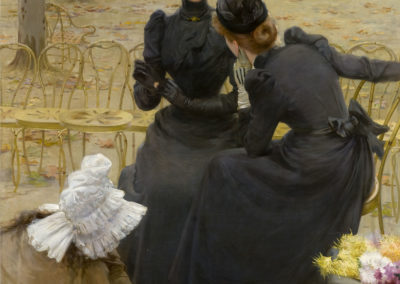 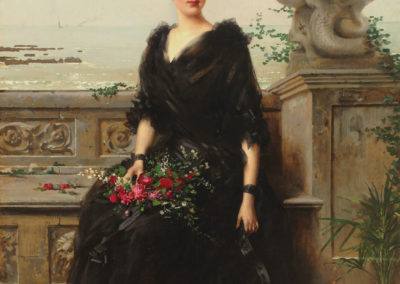 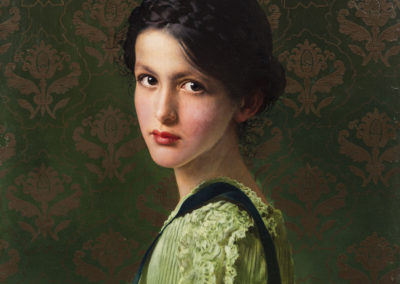 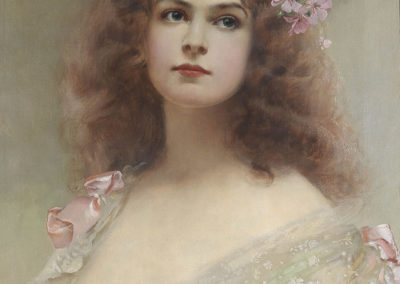 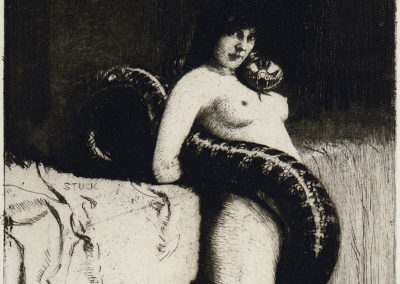 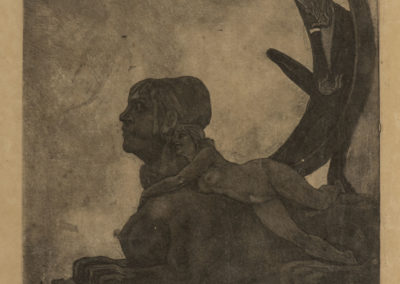